We like to explore boundaries, so we travel a lot to interesting places where culture is in transition. Places like, Shanghai, Istanbul, Barcelona, Helsinki, but also Accra and Capetown.

We like to explore boundaries, so we travel a lot to interesting places where culture is in transition. Places like, Shanghai, Istanbul, Helsinki, but also Accra and Capetown.

When we go there we do a "culturescan" by talking to all sorts of culture makers like photographers, fashion- product- graphic designers, we do lectures and workshops for professionals or/and students. With the aim of sharing knowledge and experiencing the current status of that particular culture.

We had meetings with Mehmet Kütükçüoğlu from Teget architects, he is the architect of the new Maritime Museum in Istanbul. And our meetings with the lovely people of Demirden Design was a big inspiration for us. And of course ICOGRADA's Vice President Yesim Demir at her graphic design studio. Next to that we gave a lecture at the Istanbul design week and at the Yildiz University. Ahmet is a socially engaged photographer and his work is thus often associated with social projects and issues.

We met Ahmet 10 years ago. Ahmet is 37 years old and has the prestigious Infinity Award of the International Centre for Photography to his name. The Infinity Award is regarded as a symbolic prize of encouragement for young and promising photographers. Ahmet is a socially engaged photographer and his work is thus often associated with social projects and issues. His great admiration for Henri Cartier-Bresson is expressed in the following quote: ‘It’s not about photography, it’s about life’. Ahmet sees photography as abstraction, as something that makes time stand still creating a personal framework of reality. He does not look for sensation but for serenity, and in the same way he allows himself to be guided by what Cartier-Bresson calls ‘the decisive moment’, that single moment in which light and composition are optimal and the situation yields to the photographer’s ultimate wishes. He is someone who does the slightly unexpected, so achieving immortality in his photographs; he goes about armed with photographic instinct, so to speak. 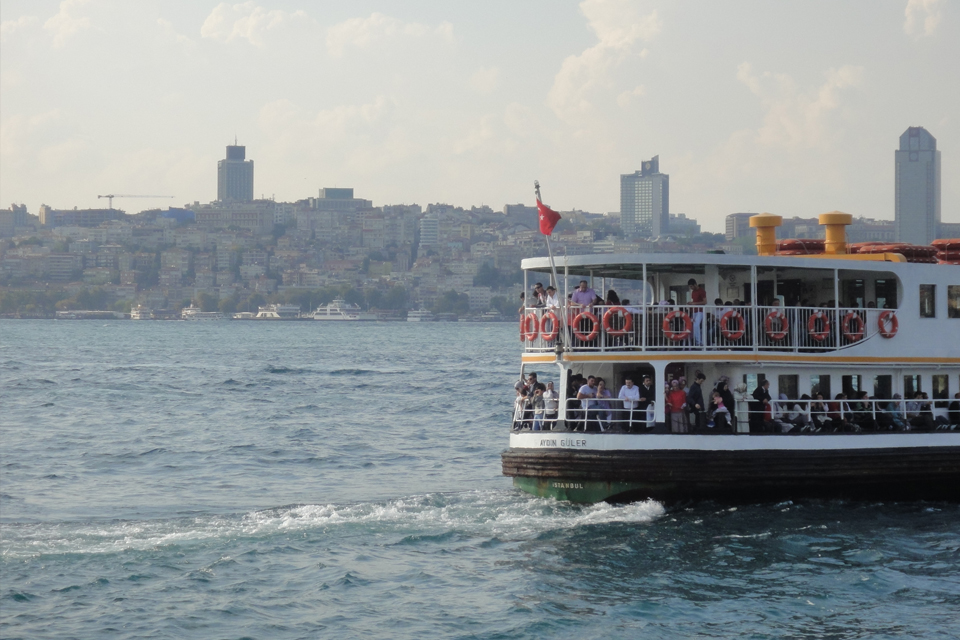 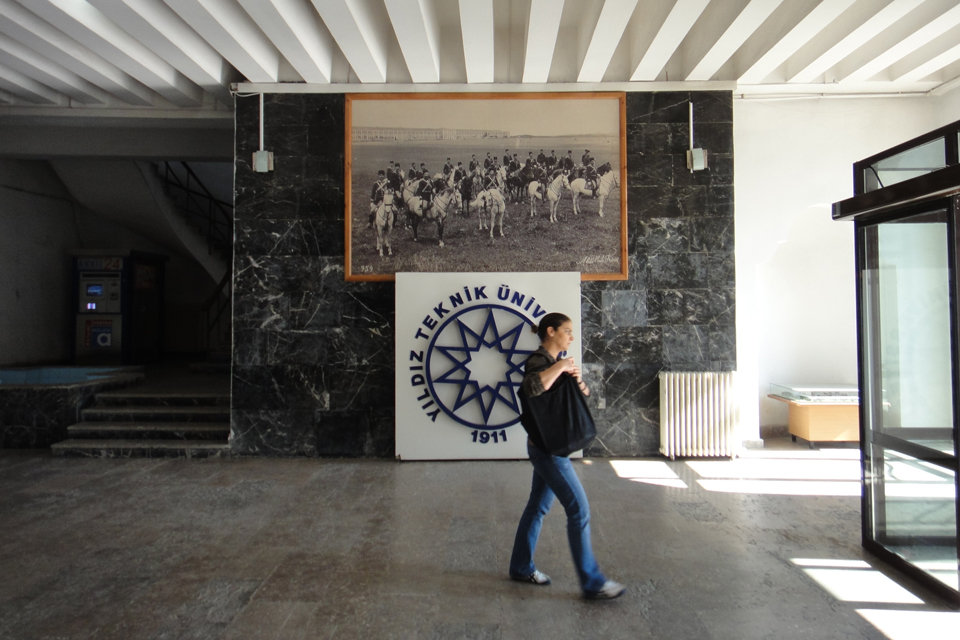 Ahmet, you were born and brought up in the south of the Netherlands. Four years ago, you went by car on a journey that your Turkish father had made in the opposite direction in the 1970s. One of his trips as a lorry driver took him to the Netherlands, and once he had arrived, he stayed. You also stayed on in Turkey after arriving there. Does Istanbul provide the home base you failed to find in the Netherlands?

You could put it that way. I had been to Istanbul as a small child but I don’t remember anything about it. When I came here as an adult ten years ago, I made friends very quickly. In that respect, I felt at home immediately, but now that I have lived here for four consecutive years I also know that Istanbul is a gentle monster - you have to be careful that it doesn’t crush you. I have settled down now, and I came here with the intention of staying anyway, not of just passing through.

You teach in both the Netherlands and Istanbul. What differences have you noticed?

There is an informal atmosphere at the AKI art academy in Enschede and the students have a very open manner. I get them to share the responsibility so that they have to shape their own development. That is possible because Dutch students are used to engaging in self-reflection. It is completely different in Istanbul; they have a hierarchy of teachers and students there, with teachers in a position of absolute authority. I found that extremely frustrating initially, although I have now managed to find a happy medium. I give guidance in the lessons, of course, but at the same time I encourage the students to think for themselves, and they are making that use of that opportunity, albeit slowly but surely.

And how do you pursue your own development as a photographer?

The way I work stems from my interest in the ‘theatre of life’. I have a documental approach, which means I go looking for extremes among people, not that I stage-manage things exactly, but I certainly make my presence known. I ask questions and I am critical in my interaction with others. I used to be more of a mirror for those in front of my camera whereas here in Turkey I am still regarded as the emigrant’s son and not a real Turk. That position sometimes makes me an outsider, but I have also made that double identity my trademark; I feel just as much at home with Dutch migrants as I do with Istanbul’s high society.

Does that also provide you with the jobs you want?

Well, of course I would prefer to be making lucrative photograph collections but I’m doing okay at the moment. I recently did a photo shoot for the French Vogue about the cultural scene in Istanbul and I’m also making a photo book about Turkish youngsters for a Turkish brand of jeans.

And what about exhibiting? Is that possible in Istanbul? Does the city have photo galleries or museums of photography?

Cultural development is moving very quickly here. There are wealthy families who invest in exhibitions and galleries, but as yet we do not have a photo gallery. I do have good contacts with enterprising art galleries such as Karsi Sanat and X-ist, but even they are lagging a couple of decades behind. But like I said, Istanbul is catching up at a rate of knots and I consider myself lucky to be here at the dawn of that development. That pioneering feeling is something I have never experienced in the Netherlands.